Agreed Report Board of Management from May

Board of Management Members 2020

Chairman of the Board of Management, past pupil and Trustee nominee.

Ronnie Culliton is a past pupil of Cistercian College (Class of 1984) as was his father, uncle, brothers and cousins and he has 2 sons in the College.

He has been working in the Fund Management Industry for over 26 years having started in regulation with the London Stock Exchange in 1990. He then worked for the 2 largest fund managers in Ireland before joining Deutsche Asset Management in 2001.  He took up his first Board position of a regulated investment business firm in 2005 with Barclays and by now he has sat on the Board of 9 different regulated entities.  Just before that in 2003 he had taken a few years out of the industry to act as Finance Director of an international on-line travel business that floated on the AIM market in London in 2004 successfully raising $44m in the process.

As well as acting as Director to these businesses, he provides lifestyle financial planning advice to business owners as well as financial and tax advice to SMEs.  He is a Fellow of the Institute of Chartered Accounts in Ireland (ACA) and is a Qualified Financial Advisor (QFA). 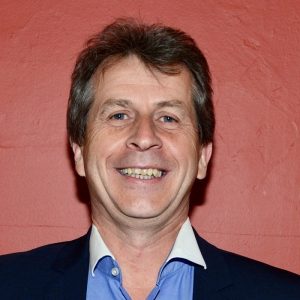 Past pupil and Trustee nominee. 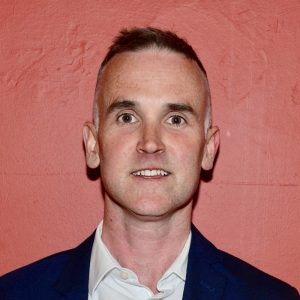 Jamie McCormack was elected on to the Board of Management as one of the staff representatives and has taught Gaeilge and Geography in Cistercian College since 2015. She is a graduate of NUI Maynooth and subsequently received her Post Graduate Diploma in Education from NUI Galway.

Jamie is a member of the AGTI and is heavily involved in the promotion of Gaeilge both in the school and in her local area. She is a supporter of a number of groups, locally and nationally, dedicated to the promotion of Irish as a living language. She is a former board member of Gaelscoil na Laochra in Birr and was involved in the establishment of the school a number of years ago.  As a member of her local comhaltas and Ciorcal Comhrá, she is very passionate about Irish culture and the language.

As an Irish teacher in CCR, Jamie has made great strides in promoting the Irish language and has continued in the long standing tradition of a strong Irish department in the school. She is involved in the Irish debating and has had success in the past in this competition. She is a great support to all aspects of CCR, both in sport and music.

Dom Malachy Thompson entered Mount Saint Joseph Abbey in 2006 making solemn profession in 2011. He has since completed a BA in Theology in 2013 focussing in the area of Moral Theology and an MA in Theology focussing in the area of bioethics. Both degrees were awarded with 1st Class honours. Dom Malachy at present is the Vocation Director and Prior for Mont Saint Joseph Abbey. He also manages the external communication of the monastery via the website and the different media platforms as well as being the monastery librarian.

Before he entered Mount Saint Joseph Abbey Dom Malachy was the European Sales Director for a large Dublin packaging company supplying the pharmaceutical industry managing an eight figure budget. The company supplied the United Kingdom, France, Spain, Italy, Germany and Holland from its Dublin Manufacturing plant. He holds professional qualifications from the Irish Management Institute, the Irish Marketing Institute and the Irish Institute of Purchasing and Materials Management.

Jim McManus was elected on to the new Board of Management as one of the staff representatives and has taught Agricultural Science, Biology, Chemistry and Maths in Cistercian College since 2004. He is a BSc. graduate from University College Dublin and subsequently received his Higher Diploma and Masters in Education from University College Cork.

Jim is a member of both the Irish Agricultural Science Teachers Association and the Irish Science Teachers Association. As a member of the Cork branch of the ISTA he was the facilitator of the Science Resource Centre and responsible for organising talks and workshops on science education topics.  He also sat on the National Council of the ISTA and during this time played a key role in the organisation of ‘Sharing Science’, a cross border science education conference organised by the ISTA in conjunction with the Association for Science Education (Northern Ireland).

As a science teacher in CCR Jim has assisted many students in entering and exhibiting projects at the BT Young Scientist and Technology Exhibition, one of the most successful of these being ‘Turning Local Wastes into Valuable Resources’ which won the award for best environmental project. He has also served a term as ASTI School steward during his time in the school.

Board member Sr. Ann is a Loreto Sister with wide educational experience.  A native of Clonmel Co. Tipperary, she taught in Loreto Secondary School, Fermoy, Co. Cork, which had a boarding and day school.

She then moved to the community and comprehensive sector, and joined the teaching staff of St. Aidan’s Community School Brookfield, Tallaght in Dublin, where the Loreto Congregation holds trusteeship of the school with the Dublin and Dun Laoghaire Education and Training Board.

Ann worked in St. Aidan’s for almost twenty five years as teacher, then chaplain, deputy principal and finally principal. Her most famous past pupil is the Irish soccer player Robbie Keane.

Ann has served on a number of boards in both primary and secondary schools. For the past four years she was a member of the board of governors of the Mater Dei Institute of Education Dublin.  During this period of time the college successfully worked through the process of incorporation into Dublin City University.

Ann is currently a board member of a community college in Clondalkin, in Dublin.