On 9th of May 2019 at 4.30pm at SIEMENS in the DCU Innovation Campus in Glasnevin the German Debating Team of 2018-2019 took to the floor for their last performance.
In the final Cistercian College Roscrea debated against Scoil Mhuire Trim. The motion: Europe needs a more active youth. CCR proposed the motion highlighting today’s youth’s shortcomings in relation to sporting activity, political engagement and environmental issues. The team was captained for this round by Manus Heenan (5th Year), who kicked off the debate defining the motion and outlining what it means to be European and why young people need to ensure that these values are upheld. He spoke fluently without notes for the four minutes and his excellent delivery and engagement with the audience earned him the Best Speaker Award.
The three speakers, Sean Clancy, Jack Gilligan and Lorcan McDonnell also spoke with confidence and eloquence, again without the need for notes, and so even non-German speakers in the audience were enthralled by their performances. Such debating skills are not achieved without hours of research and learning and the boys are to be hugely commended for that and for how they represented our school throughout the competition.
After a brief pause for adjudication the CCR team was deemed to have carried the motion.

Debating in your own language is not easy – debating in German is even more difficult. Yet 39 school teams (which adds up to approximately 230 students and teachers) entered the All Ireland German Debating Competition in September 2018, organised by the Goethe-Institut Irland, the German Culture Institute. The competition is in its 23rd year and offers the students the opportunity to use and expand their German.
It was clear from the performances of our students that they have gained not just new vocabulary and an ability to argue complex concepts in another language but they have also gained valuable life skills as to how to present material in an interesting and often very entertaining manner to keep an audience engaged.
Congratulations to all four students – their commitment to this task and to the College is phenomenal. All four boys represented the College at the UL concert just one week ago. They also competed in our in-house Music competition “The Sherry Cup” on the night before the final. It was a great occasion for their parents and family members who were all in attendance at the debating final.
Congratulations also to their teacher Ms. Niamh O’Rourke and our German Assistant Ms. Anna Hackethal; they put in long hours preparing the students for each round of the debating competition. It was a well-earned victory for all involved; this competition was previously won in 2013 when that team was also coached by Ms. O’Rourke. Her father, Mr. Brendan O’Rourke, is a former CCR teacher and he had two All-Ireland successes in Irish debating!! 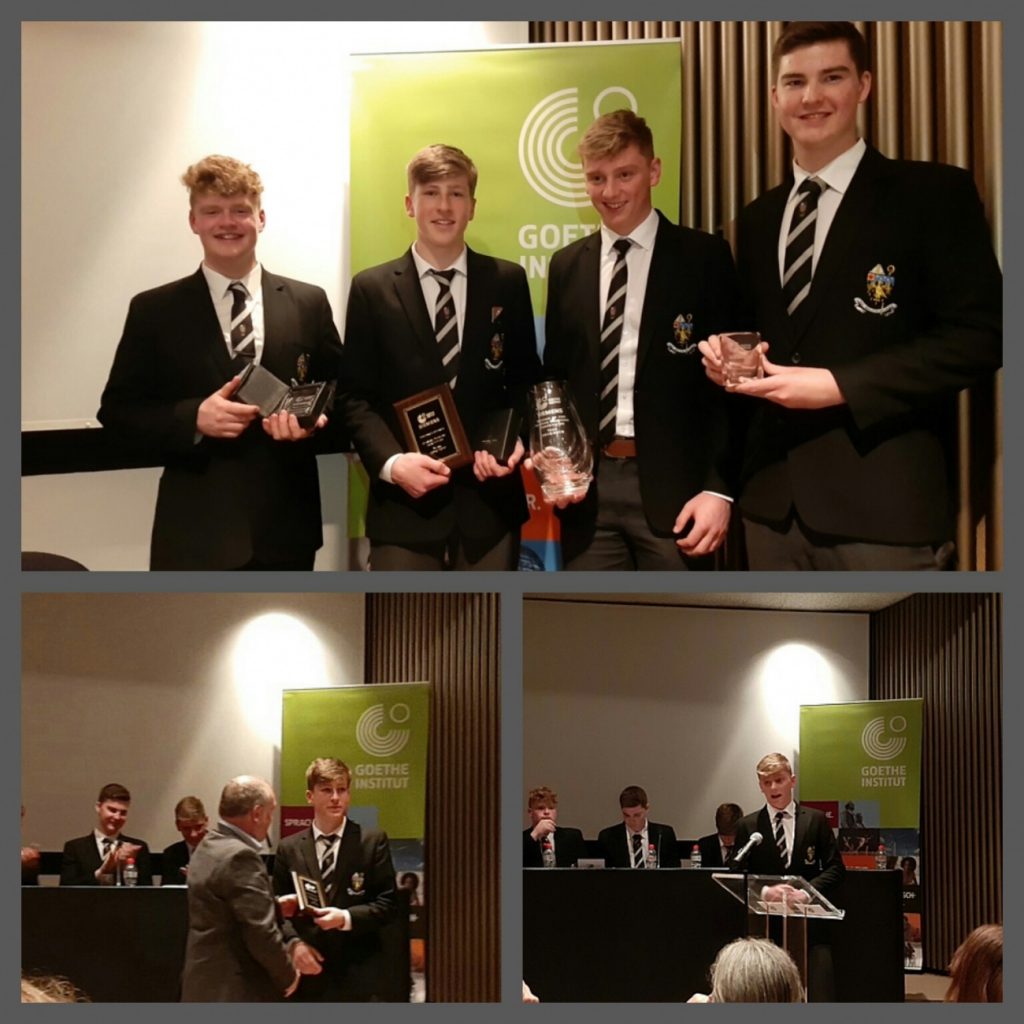