On Thursday May 9th, music students from both senior and junior house participated in the annual Sherry Cup Music Competition. With a varied programme featuring all levels and styles, the night was not only entertaining but inspiring and heartening as all year groups were represented and supported by their peers. 4 students from First and Second Year began the competition and set the bar high for our more experienced performers! The Junior House competition had its highest standard in many years featuring string ensembles, self-accompanied vocalists and clarinet soloists. Well done to all the boys involved, your efforts and hard work were both evident and heartwarming to see. Long may they continue!

Naturally, the Senior House competitors were a little more seasoned and confident and all performers showed an immense amount of talent. So much so that our guest of honour, Michael Sherry, remarked the evening to be more like a concert than a competition. For some of the 6th year performers it was unfortunately to be the last time they would play as students in the halls of CCR but it is safe to say they went out with bang.

The winners of the Junior competition were Cuan Culliton (1st) who put forward a most assured and polished performance of ‘My Way’ and David Mulrooney (2nd) who took on the very difficult task of singing and playing for himself on guitar with the hit ‘Hey There Delilah’. The Senior House competition was very hard fought by all and it was not an easy decision for adjudicator Maria Creevey. Eventually Manus Heenan 5th year was named Senior House winner and recipient of the coveted Sherry Cup with Eoghan Matthews, TY coming second. Manus’ beautifully executed traditional arrangement on the fiddle just pipped Eoghan’s unique version of ‘Bellyache’ by Billie Eilish to the winning spot. Congratulations to all winners!
Big thanks to our guests Michael and Mary Sherry for attending and encouraging all the boys to continue with their music studies, Mr Grealish for attending and supporting our music department, our adjudicator Ms Maria Creevey, and Ms O Neill and Mr Cullagh for organising this very important evening in our music events calendar. Roll on next year! 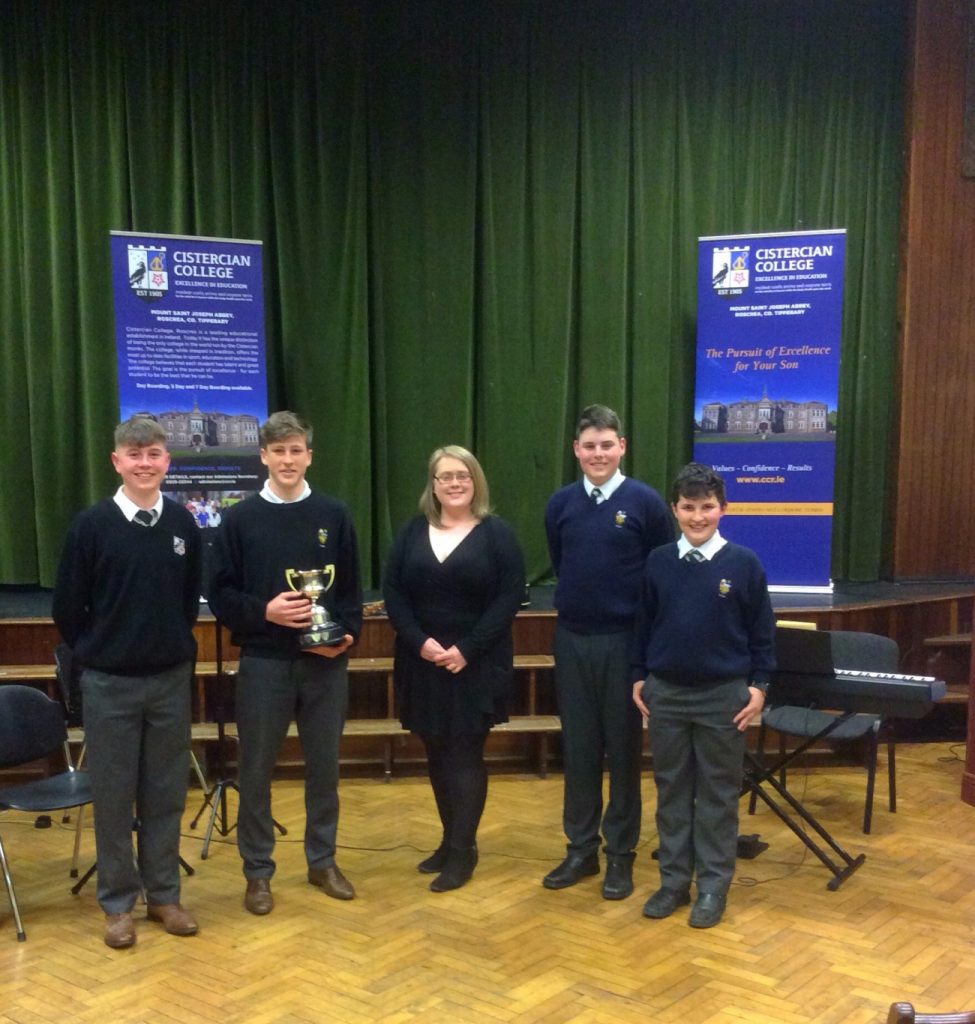